Cela nous concerne tous (This concerns all of us)

Cela nous concerne tous (This concerns all of us)

Premiered on November 15, 2017 at the Opéra national de Lorraine (Nancy)

« In the big room ,the people come. Some are above and some are below, some are quite far away and some are close enough to touch. No one is better or worse than the other. Nothing is pure or neutral, not anymore. (It never was.) We are still learning how to be alive, how to be together. How to understand difference at a time of increasing anxiety. What happens when a society of individuals produce multivalent, unstable but dynamic meaning? Let’s call it a dance. Why struggle for coherence, when illegibility is the only political recourse that remains? The current moment holds infinite sorrow. But fuck it, I’m not crying. Either way, tonight we will sleep in our beds, alone or entangled, as the moon shines. » 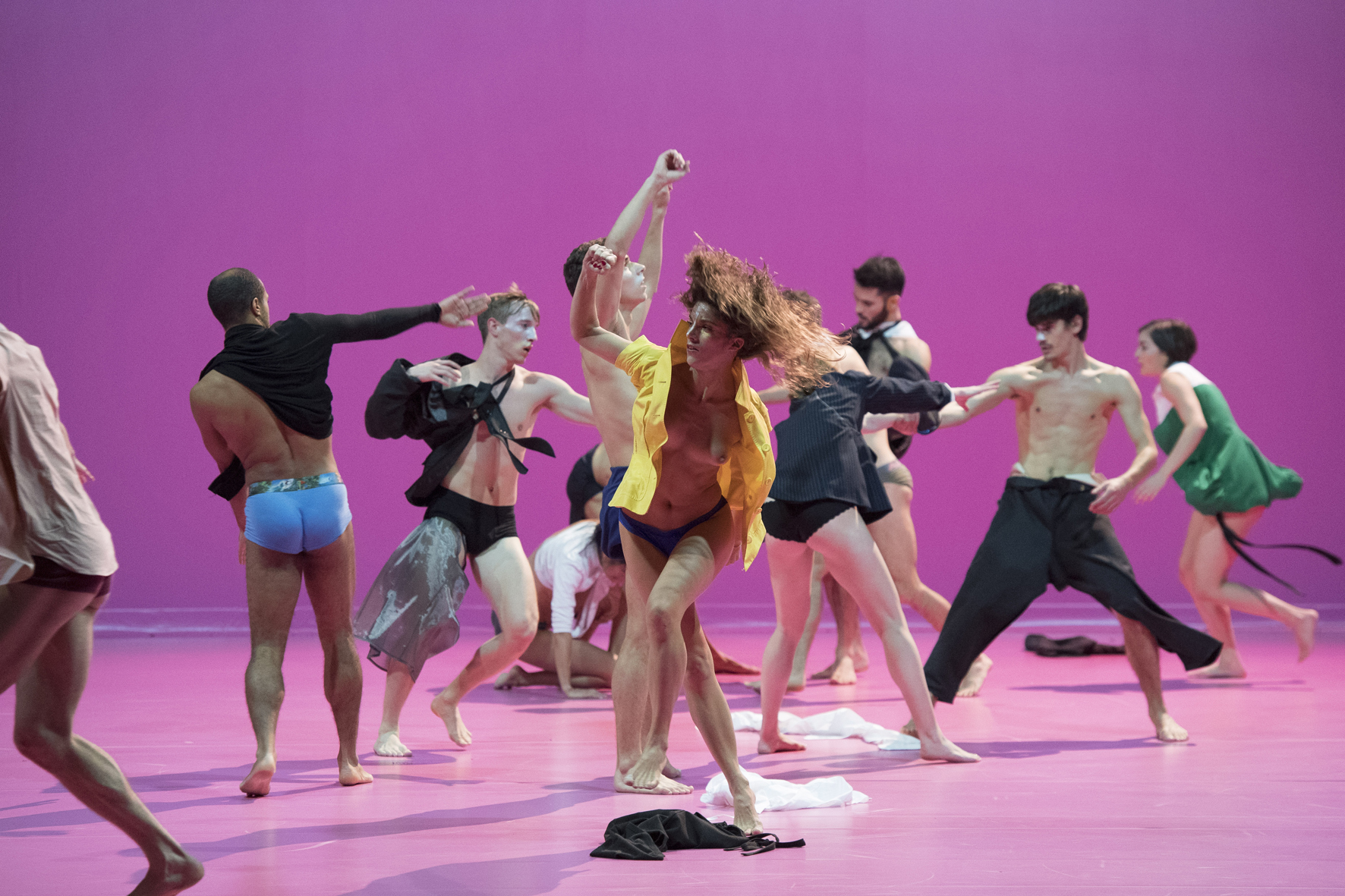 Miguel Gutierrez is a choreographer, composer, performer, singer, writer, educator, podcaster, visual artist, and arts advocate who has been based in Lenapehoking/Brooklyn for twenty five years. His work creates empathetic and irreverent spaces outside of traditional discourse. He believes in an approach to art making that is fierce, fragile, empathetic, political, and poetic.

Recent work includes: Unsustainable Solutions: Duet with my Dead Dad, in which he dances and performs to video footage of his father and family;  This Bridge Called My Ass, a piece that bends tropes of Latinidad to identify new relationships to content and form; Cela nous concerne tous (This concerns all of us), a commission for CCN - Ballet de Lorraine inspired by the French May '68 protests. With Ishmael Houston-Jones he co-directed Variations on Themes from Lost and Found: Scenes from a Life and other works by John Bernd, which received a 2017 Bessie for Outstanding Revival.

He has been an artist in residence at MANCC, LMCC, Centre Choréographique National de Montpellier, Centre National de Danse Pantin, Baryshnikov Art Center, and Gibney. He has created music for several of his works, for Antonio Ramos’ work, and with Colin Self for Jen Rosenblit and Simone Aughterlony. He performs with Nick Hallett as Nudity in Dance. Since 2017 he has spearheaded a music project called SADONNA, where he performs sad versions of upbeat Madonna songs. At the end of 2021, he debuted a new project of original songs called sueño.

His book WHEN YOU RISE UP is available from 53rd State Press. His essays have been published in A Life in Dance (ed. Rebecca Stenn and Fran Kirmser),  In Terms of Performance: A Keywords Anthology (ed. Shannon Jackson and Paula Marincola) and his essay “Does Abstraction Belong To White People” is one of the most viewed essays on BOMB’s website.

In 2021 he began releasing episodes of Are You For Sale? a podcast that looks at the ethical entanglements between money and art making. In 2022 he will premiere a new duet at Bates Dance Festival called I as another, which was commissioned by Princeton University. He will present a dance and music concert version of sueño at the High Line Park in New York in September.